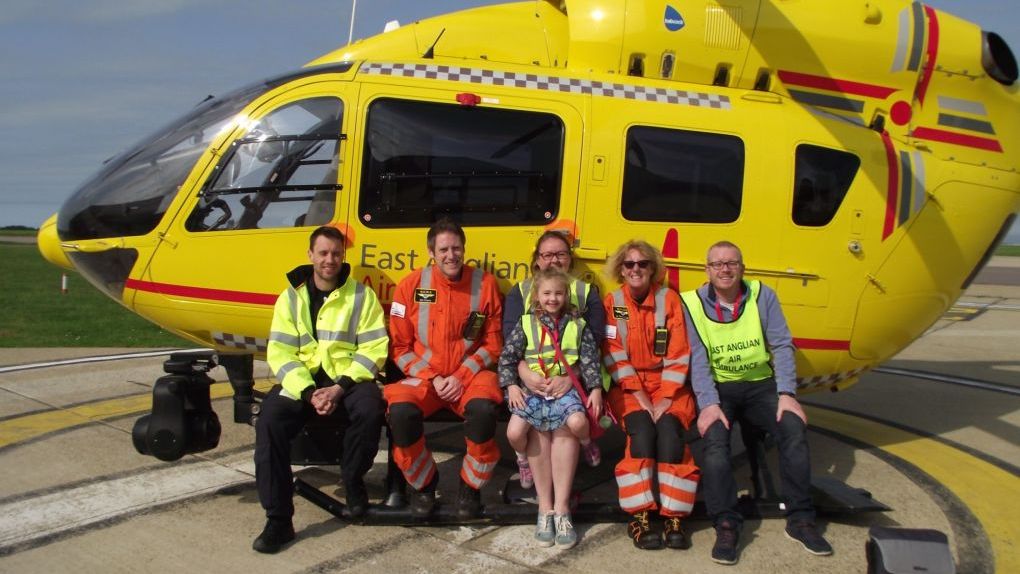 On the 26th of March 2018, fiveyear- old Tilly had a wonderful day at school and had been buzzing about a friend’s upcoming party; later that evening Tilly started sneezing and coughing and became increasingly tired and wheezy. On the morning of the 27th the GP surgery’s asthma nurse assessed her and said she had a chest infection and was most likely an undiagnosed asthmatic. She prescribed antibiotics, a new inhaler and asked us to come back to see her, once Tilly had improved, for a full asthma assessment.

Mid-afternoon Tilly was struggling to breathe and talk, so daddy called an ambulance and mummy rushed home from work. On my arrival Tilly was really struggling her shoulders were raising, stomach and throat pulling in with minimal noise as no air was getting in and difficulty expelling. The fear in her eyes will stay with us forever. She was rapidly becoming blue around her mouth from lack of oxygen and we struggled to keep her responsive.

First on scene was paramedic John Stone. John provided Tilly with nebulizers, oxygen and other medication, but Tilly began deteriorating so John requested air ambulance support. The EAAA crew of Dr Pam Chrispin and Critical Care Paramedic Neil Flowers arrived shortly after in the rapid response vehicle. They stabilised Tilly's condition and began the transfer to the Norfolk and Norwich University Hospital. In the ambulance she took another dip and eight minutes from the hospital Pam advised them of the severity of Tilly's condition and stated that her life was at risk. By this point she had received three nebulizers, magnesium, adrenaline and hydrocortisone.

At the hospital Tilly was conveyed straight into resus with an extensive team and lead consultant Rob Major all awaiting her arrival. The impressive team used a new piece of equipment within the department that had not been used on a five-year-old before. The machine pushes oxygen into the system and sucks out carbon dioxide. Eventually Tilly responded well and within a few hours was awake and responsive. Tilly had a four day stay in hospital with a combination of steroids, oxygen, intravenous fluids and medication. She now has a diagnosis of asthma (brittle) and a comprehensive action plan and medication. We have gradually been building her back up to her activities and she is now back to doing everything she did before.

The aftercare from EAAA has been equally as exceptional, Tilly was in awe of the team during her visit and loved getting to sit in the helicopter (the best bit was pushing
buttons in the cockpit apparently). There will never be a way for us to show or demonstrate how much thanks we have to John, Pam, Neil and all those at both EEAST and EAAA. Without them Tilly would no longer be with us.

We are forever grateful to EAAA.