URGENT APPEAL
We need your help to carry blood

Our crews have seen first-hand that administering blood products in a life-threatening emergency improves patient outcomes. We need your help to permanently carry blood to treat our most gravely injured patients.

East Anglian Air Ambulance exists to save lives by delivering highly skilled doctors and critical care paramedics by air or car to seriously ill or injured people in the region. We are a life-saving charity that is only kept airborne thanks to our incredible supporters. Thank you.

Since the charity launched in 2000, our crews have been dispatched to patients at the roadside, in the city, on the beach, maybe near where you live. Read about our latest missions.

We need to carry blood to save more lives

Our clinicians have seen first-hand that administering blood products in a life-threatening emergency improves patient outcomes. Our aim is to now permanently carry blood to treat our most gravely injured patients and help save more lives.

When our crew were tasked to 17-year-old Harry after he was involved in a road traffic collision, they weren't sure if he would make it to hospital due to the extent of his injuries, specifically the amount of blood he was losing and that both of his lungs had collapsed.

Dr Jeremy Mauger, who was there on the day, said: “Given the amount of blood Harry had lost, without a blood transfusion his odds of surviving to hospital would have been significantly reduced.”

"I’ve wanted to be a pilot since I was 12 and becoming a HEMS pilot was always my dream and why I wanted to fly helicopters. I feel very privileged to be able to work with such amazing crews and inspirational people at Babcock and EAAA. I look forward to coming to work, the flying is exciting and every day is different!"

Read more about our crew

How we work to make a difference

With the combination of a quick response time, advanced critical care on scene and quick transfer to the appropriate hospital, our mission is to save more lives across East Anglia.

We're aiming to minimise the impact of trauma in the community by providing vital first aid training, so more people can take action if someone nearby suffers a medical emergency.

The missions we attend are often life-changing for our patients. By offering dedicated aftercare support, we're helping more of our patients and their families with their recovery journeys.

By developing partnerships and collaborations with local organisations who have aligned ambitions to ours, we can continue to do the very best for each and every patient we treat. 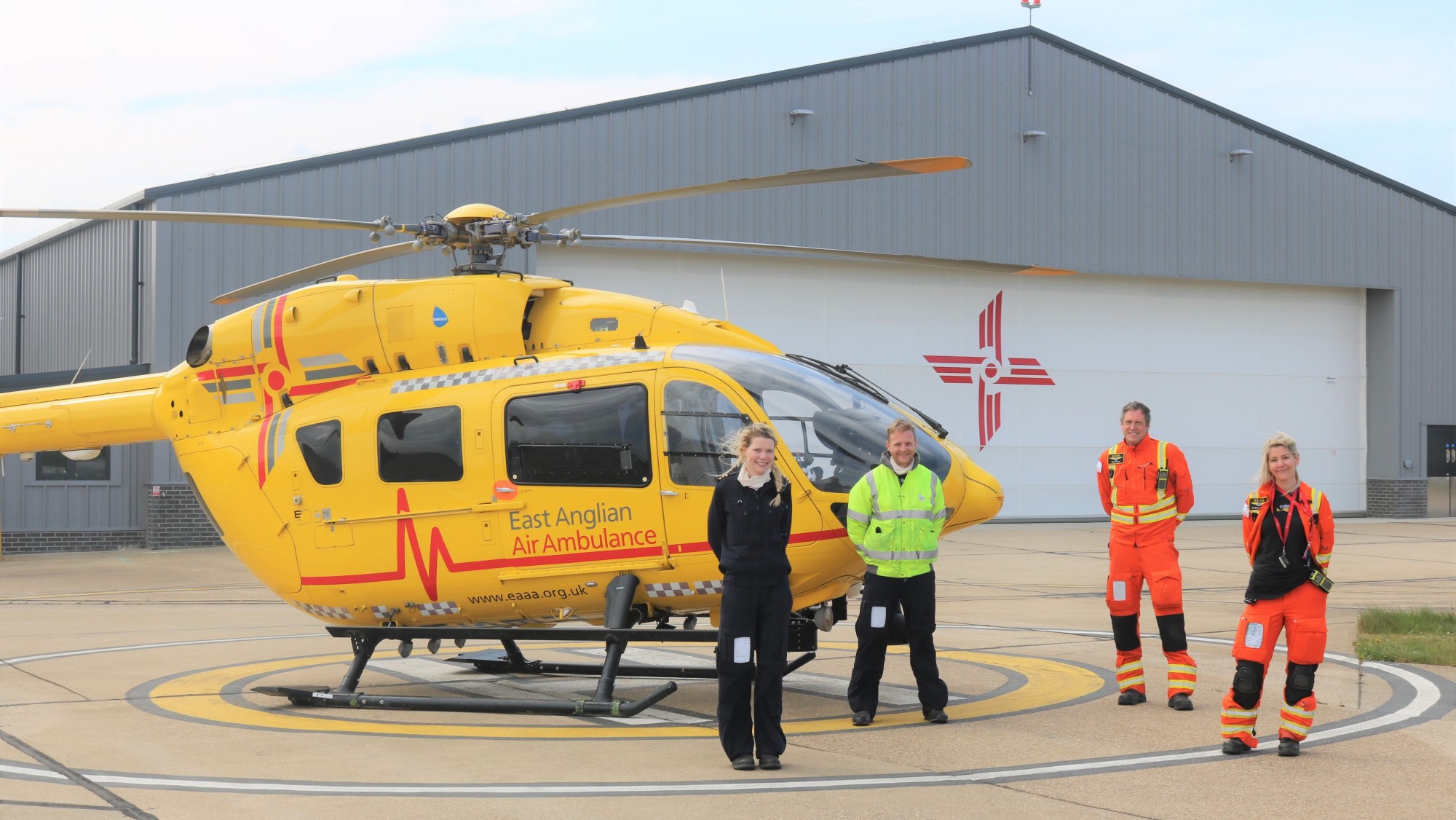 Life-saving crews from East Anglian Air Ambulance have moved into new Norwich headquarters, ahead of 24/7 flying 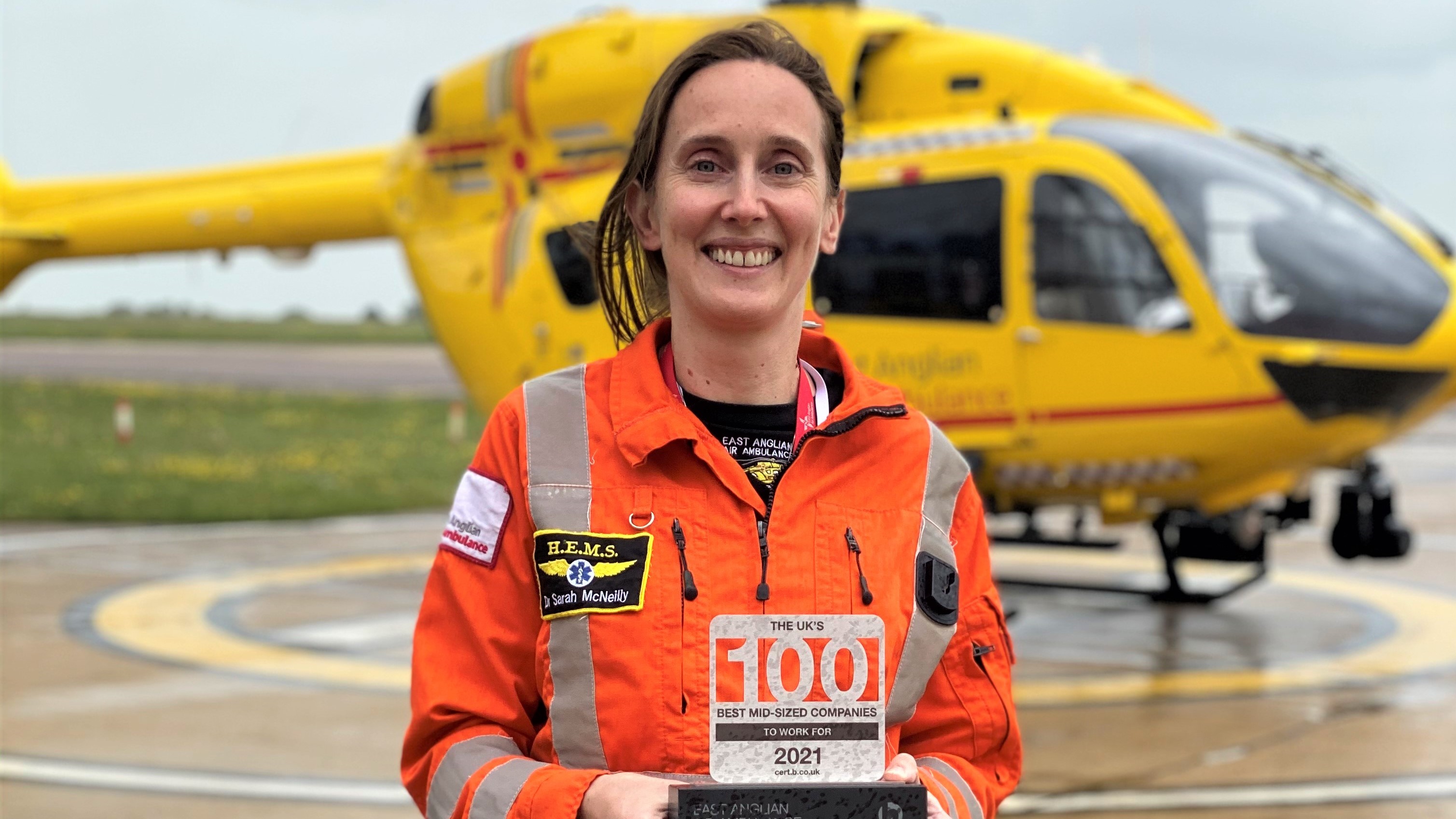 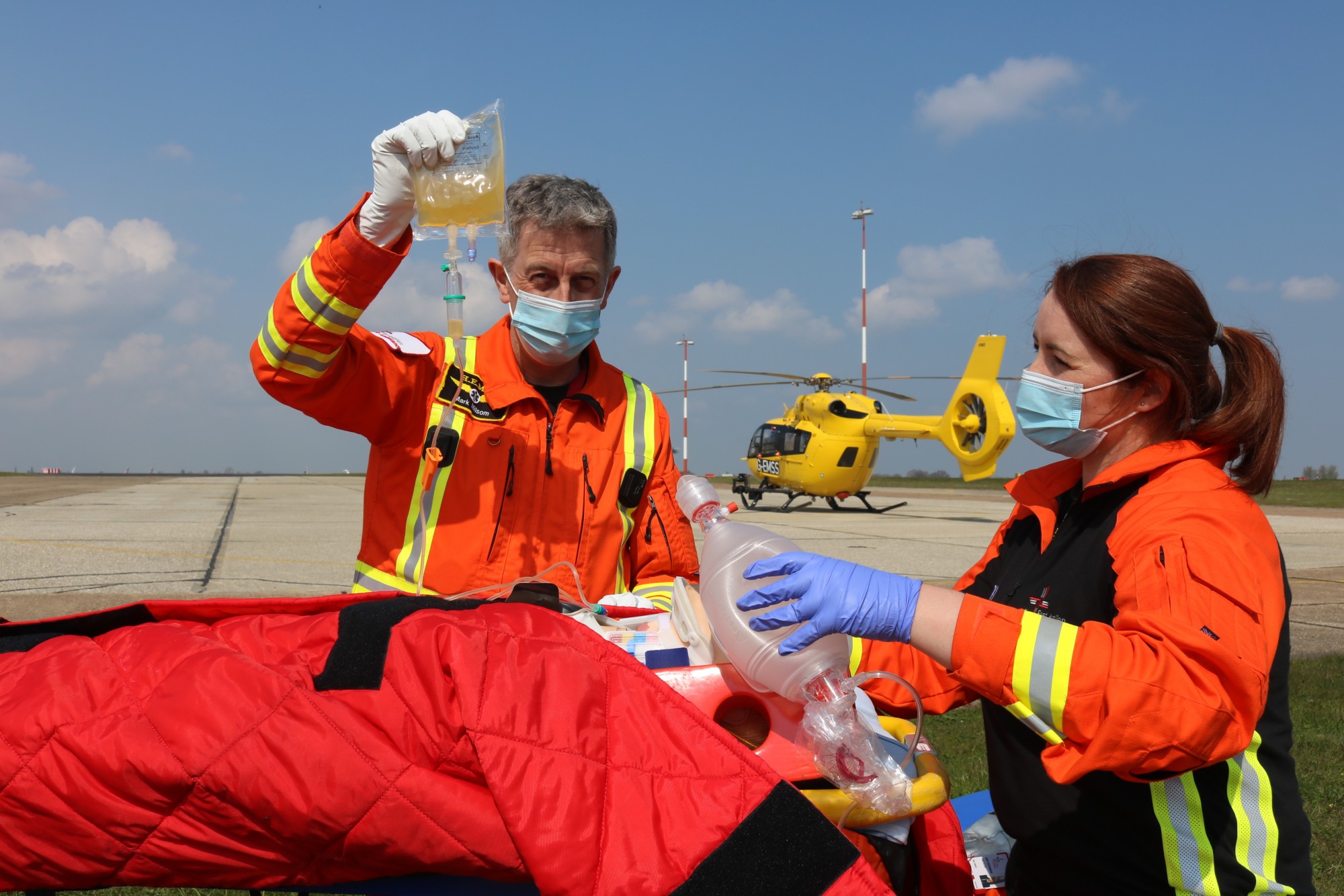