14-year-old Ollie Handley, from Colchester, has been crazy about cars and particularly racing his whole life. In 2018, he was one of nine young drivers from across Europe to be signed by McLaren to their DNA program, after competing in the British Karting Championships, and was due to be one of the youngest to be competing at Silverstone in the Junior Saloon Car Championship.

However, earlier this year, on 7 March, Ollie was racing his kart at Red Lodge Karting in Suffolk when his kart came off the track after avoiding another accident, hitting a tyre wall at 58mph. He was thrown up in a spiral motion and his right foot was stuck under the accelerator pedal. From the position of his foot, it was instantly clear he had suffered a nasty break in his leg. 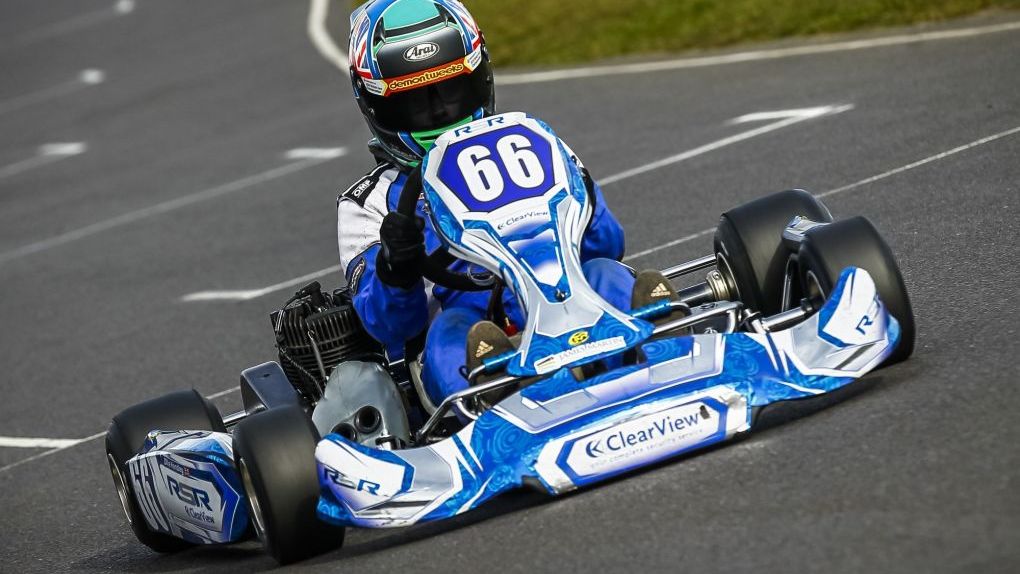 Steve Murrow, a paramedic from the Suffolk Accident Rescue Service (SARS), was at the course that day and administered immediate treatment while also mobilising the East Anglian Air Ambulance, for additional support with the potentially life-threatening consequences of the severe femur break. With these types of breaks internal bleeding is a key concern, due to a main artery running through the thigh. Additionally, if the break limits blood flow to the rest of the limb, quick and efficient treatment is needed to save the leg.

The Anglia Two team, based at Cambridge Airport, were just four minutes away, on route back to base from another mission. Pilots Martin Polding and Hal Erikson landed the helicopter at the track and Dr Abilius Wong and HEMS Paramedic David Killingback quickly got to Ollie to assess him and what needed to be done to safely move him from the kart and onward to hospital.

It took over an hour to safely move Ollie, during which time the EAAA team administered a very strong sedative to ease his pain. However, Ollie remained incredibly brave and calm the whole time. Once his leg had been protected and packaged up, he was flown to West Suffolk Hospital for further assessment and treatment.

X-rays showed he had badly broken his femur in three places and that is was a spiral break, difficult to fix. He needed to have titanium rods and fixtures inserted along the bone to support it, and the surgeon commented it was one of the worst spiral breaks she had seen. It would be a long time before he could walk, or drive, again, with the best-case scenario putting him at walking again in 12 months.

Road to recovery
Ollie has worked incredibly hard on his rehabilitation and physio. He is completely focused on getting up and walking again so that he can get back to racing as soon as possible, and he has already surpassed the surgeon’s expectations.

Neil Handley, Ollie’s dad, said: “It’s been such a tough year for Ollie, breaking his leg and then being stuck at home throughout the lockdown, but he’s put his time to good use and really concentrated on his physio to get walking again. He was so brave when it happened, not shedding a tear and bluntly asking if he would lose the leg. We were so glad the air ambulance was on scene quicky to help get him out of the go kart and on to hospital as soon as possible. The team were all fantastic and made what could have been a much worse situation incredibly calm and professional.”

OIlie plans to carry on racing karts alongside saloon cars in 2021 and said:

“I hope my leg will be strong enough by then so that I don’t miss any races and this doesn’t set me back. I really appreciate all the work the air ambulance crews do and hope to be able to fundraise for them in the future to say thank you for treating me and flying me to hospital.”