When 22-year-old vintage sports-car racer Richard Woolmer felt a bit under the weather in February 2018, he couldn’t have imagined that he would end up in an intensive care unit, fighting for his life.

Richard was going about his normal routine at the climbing centre when he starting to struggle, felt extremely cold and noticed his joints were aching to the point he had to stop. He started shivering and went home and collapsed in bed, thinking it was the flu. A few hours later his dad went to check on him and found Richard was completely unresponsive.

Richard’s dad called 111 and an ambulance was immediately dispatched. The first responder recorded Richard’s temperature at 42 degrees C. Richard was seriously ill. An additional ambulance was dispatched and the paramedics managed to bring his temperature down slightly, however Richard then became agitated and uncooperative. He refused to get into the ambulance. The only way to get Richard into a hospital quickly was if a doctor sedated him.

With the situation quickly escalating, the East Anglian Air Ambulance (EAAA) was dispatched from Cambridge. Pilots Matt Sandbach and Elliot Haines landed the Anglia Two helicopter in the field next to the family’s car restoration business.

Dr Sarah Hazelman and Critical Care Paramedic Neil Flowers immediately recognised that Richard was suffering from some sort of brain injury. They administered antibiotics and an anaesthetic and escorted Richard to Bedford Hospital by road ambulance. His condition was too unstable to be taken by air.

Richard was admitted to the intensive care unit and quickly underwent a CT scan, so that doctors could see what was going on inside, and a lumbar puncture. These tests confirmed that he was suffering from the most severe form of bacterial meningitis.

Without treatment, bacterial meningitis can cause vision, hearing and memory loss, seizures, sepsis, and even death. Richard needed the highest level of critical care to fight the infection. He had tubes to help him breath as well as administering intravenous antibiotics and pain relief. Richard’s family, including his fiancée Amy, had a nervous wait to see if Richard would pull through.

Luckily, Richard responded very well to the treatment and regained consciousness two days later.  Upon waking, he described his thought process as – where am I?  What’s happened?  Where’s Amy?  Will I be able to race again?!

The next few days were a blur of hallucinations, an intense headache and aversion to any sort of light and an impressive amount of bright green vomit (due to the drugs).  However, with encouragement and self-will, Richard was allowed home a week later, once he could prove that he could walk and feed himself. Initially, he was too weak to even hold a spoon and standing up was incredibly painful, but, with characteristic determination, he soon went home.

It took six months before Richard felt fully recovered.  The near-death experience made him reassess the important things in life and he proposed to Amy a few months later; with an Austin A30 rather than the traditional engagement ring.

Richard has now returned to his beloved racing and both he and Amy believe that the intervention of the EAAA team - in particular the antibiotics Dr Sarah Hazelman administered on scene - made a huge contribution to his very positive outcome. They are both very grateful to EAAA. 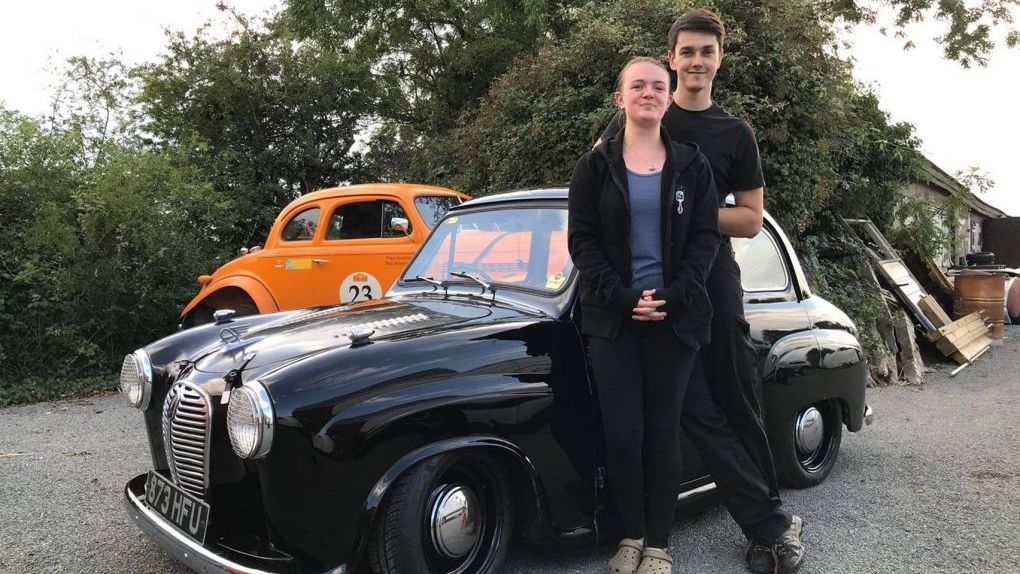