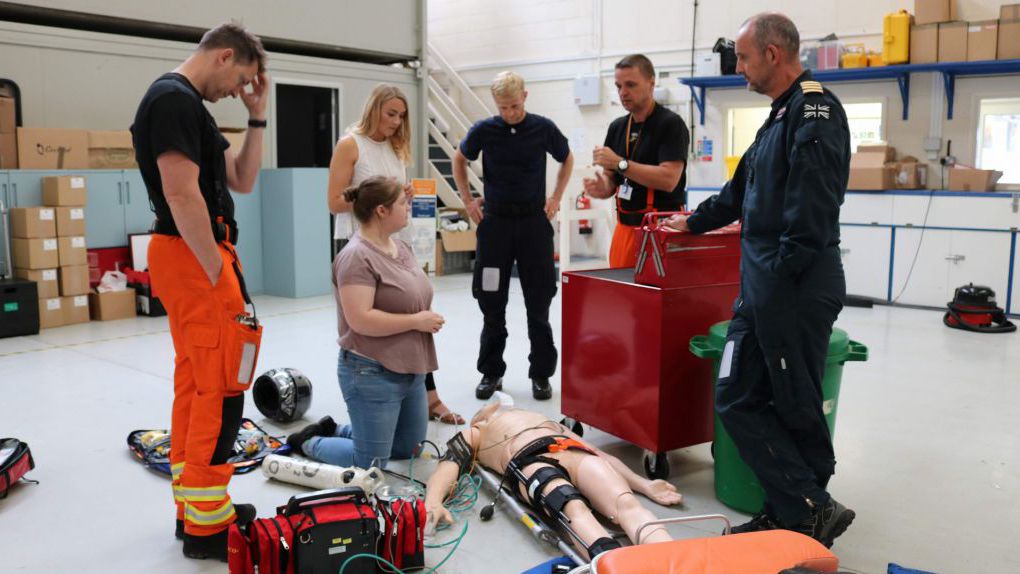 A heart attack (or myocardial infarction) is when the artery that keeps the heart supplied with blood becomes blocked. The blockage is caused by a combination of 'furring up' of the artery wall (atherosclerosis) and a blood clot (thrombosis). Patients often complain of chest pain and the diagnosis is made by performing an ECG which detects the flow of electrical activity through the heart muscle.

The treatment for a heart attack is for a cardiologist to pass a wire into the blocked vessel through an artery in the patients wrist or groin. The clot is removed and the vessel is sometimes held open with a stent to stop the vessel blocking again. This has to be done as soon as possible - ideally within 90 minutes. Medication to break down clots and prevent further clots are also given. After a short stay in hospital, patients will often go on to make an excellent recovery - providing the heart attack was recognised and treated quickly.

A cardiac arrest is when a patient loses consciousness and has no detectable pulses.  In the first few minutes after a cardiac arrest the patient will often make attempts to gasp, which can be mistaken for breathing.  The treatment for this is immediate chest compressions and a 999 call.

Most patients who have a sudden cardiac arrest will have a condition called ventricular fibrillation (VF) where the heart muscle twitches erratically and fails to beat. An electric shock from a defibrillator needs to be given within minutes to restore a normal heart rhythm. Because of this, public access defibrillators (AEDs) are located in shops, airports, rail stations and even in old telephone boxes. Anyone can use one and the machine gives you voice instructions - with help from the ambulance call taker if required.
A heart attack is a common cause of cardiac arrest, but there are other causes of cardiac arrest such as drowning, choking and injury.